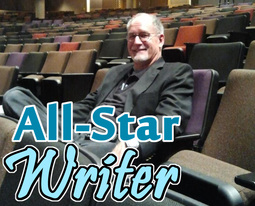 It’s a time of change for the Adventures in Odyssey community. Albums have just recently switched over to having six episodes instead of twelve, a third voice for Matthew Parker has been announced, and some listeners hear episodes early via the Odyssey Adventure Club while others have to wait longer for them to air on the radio and online. But perhaps more significant than all of that is the recent departure of long-time AIO writer, director, producer and executive producer Paul McCusker. This past February I received an email from Focus on the Family announcing this news. Here is an excerpt:

​Paul McCusker has chosen to move on to a new adventure in Christian ministry. Before he left, he completed the writing and directing of Album 59: Taking the Plunge and was also involved in the planning of future stories.
​
It was a very difficult decision for Paul to make, and although we aren’t sure whether he will have the time to write for Adventures in Odyssey or Radio Theatre as a freelancer (as he has done several times in the past), we'll always stay in contact with him as friends. Paul has said that he's not leaving Focus so much as moving on to the next thing the Lord is calling him to accomplish.
​
We're sorry to see him go, but also excited for the impact he'll make in his new venture.  And you can rest assured, Adventures in Odyssey will continue into the future with the same quality and mission as always. In life, change is inevitable. But God's plans never change, and our future is one of hope and joy. As Whit says, The best is yet to come.