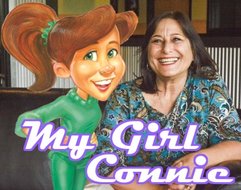 ​John Avery Whittaker is Adventures in Odyssey’s central character. In the planning stages of the show he was the first character created and then the supporting cast of characters and the town of Odyssey was established around him. The very fact that he has been voiced by three different actors indicates how vital Mr. Whittaker’s presence is to the show. Where does the show start on a typical day in Odyssey? At Whit’s End with Mr. Whittaker of course.